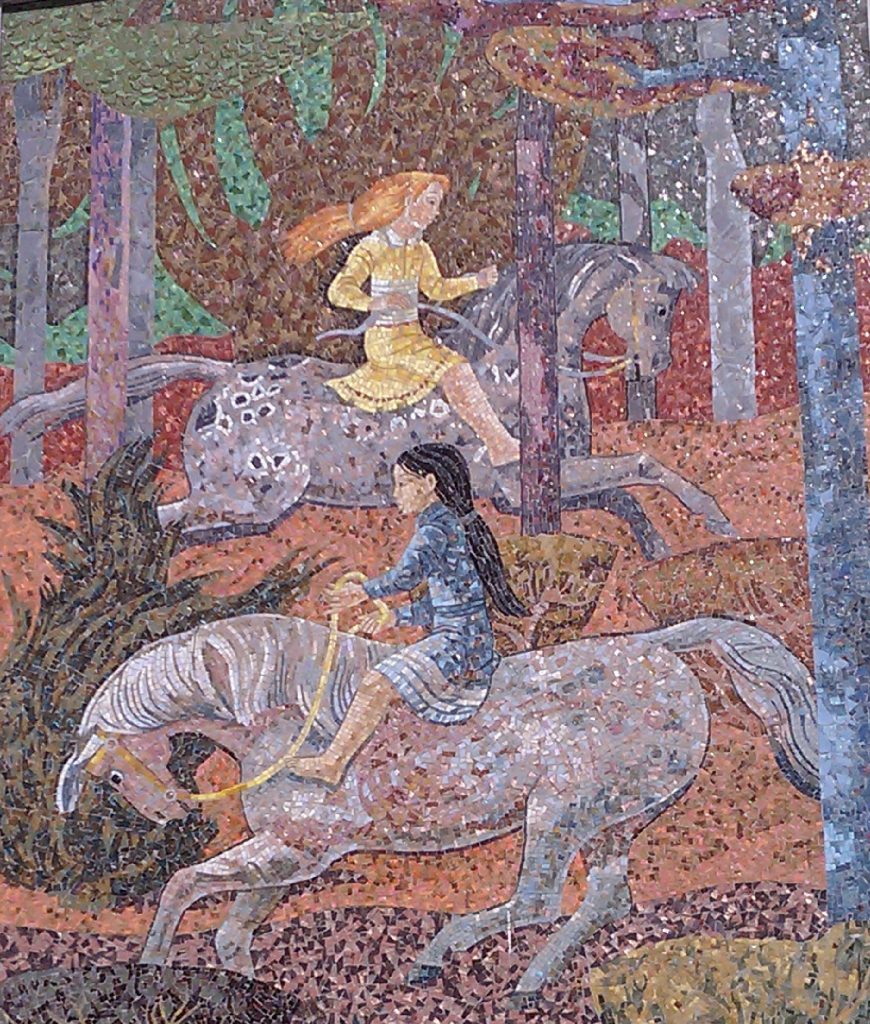 Before researching this project, I had never heard of the Highland Park neighborhood of Los Angeles. Tucked away along the Arroyo Seco, on the grounds of the former Rancho San Rafael, Highland Park is one of Los Angeles’s oldest settled areas–but one that has faced generations of turnover, whether in redevelopment that threatened Victorian houses to demographic shifts toward Latinos and then toward “hipsters.”

Visiting Highland Park recently, to see the mosaics installed in the early 1970s, the shifting tides were obvious: the feel on the street, the look of the businesses all around the location reminded me of the working-class Latino businesses of El Paso more than the environs surrounding most of the southern California Home Savings locations. Given the timing of its construction, I assume the contrast is more about changes in the local landscape than an effort by Home Savings to court Latino customers under President Nixon. 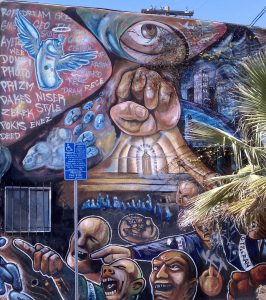 The neighborhood is alive with visual culture, however; this is just one of the vibrant painted murals on the alley side of buildings along this main drive in Highland Park. This fall, I am leading a bus tour of Home Savings locations in the San Fernando Valley for the Autry Museum, linked to their Pacific Standard Time exhibit on pre-Chicano Mexican American muralists. Highland Park’s murals are of more recent vintage, but the parking lot behind the bank is one place to take in the contrast.

Two more tidbits from my visit:

When I asked the bank teller about the mosaics on his bank, he pled ignorance; “I’m not from here,” he said, in a way that seemed symptomatic of the difference between Home Savings’ deeply community-based approach and Chase’s more national profile. 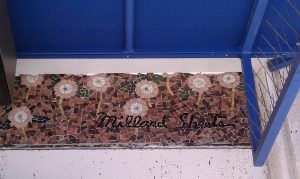 And yet another case of Chase’s mishandling of the artwork: this awning does help shade those standing at the ATMs, but did the angles require them to cut into the mosaic–and separate out the Sheets signature–to do so? I can’t say the anti-pigeon-roosting spikes make it seem very hospitable, either.

See you back here April 8th–next week I am in St. Louis, to present at the Business History Conference about Home Savings, and elsewhere about my current book.