The Civil War in the Trans-Mississippi West: Building a Network

A St. Louis merchant arrested in Montana for his Confederate sympathies.

The capture of Mesilla, New Mexico, and the establishment of the Confederate state of Arizona.

Visions of slaveholding in southern California.

The betrayal of loyal Union allies in Indian Territory.

The United States Colored Troops battling along the Mexican border, ready to receive the surrender of the last major division of the Confederate Army, and learning of Lincoln’s assassination.

The fruits of victory evident in new universities founded for African Americans in the West, and in the completion of the transcontinental railroad.

The war’s conflicts continued on Indian reservations, in the racial conflict over property rights, in battles for salt and for railroad-labor cowboying contracts.

As we approach the Civil War’s sesquicentennial, it is important to recall how the battles, struggles, and conflicting visions of the Civil War era stretched beyond the Mississippi River, into the western territory seized by the United States from Mexico and American Indian nations.

Gettysburg was an epic battle; Charleston Harbor saw many of the war’s turning points; the battlefields of central Virginia again and again were soaked with blood. But the war in the West – not the so-called “western theater” of Louisiana, Mississippi, Arkansas, and Missouri alone, but the skirmishes, tensions, and near-misses in the wider trans-Misssissippi West – have crucial stories to tell us of the Civil War and its impact.

This blog post is merely intended to announce our interests in gathering scholars and members of the public around the task of recovering, researching, analyzing, and commemorating the history of the Civil War in the trans-Mississippi West. In the years ahead, those connected to this network will plan panel discussions and conferences, edited volumes, and book presentations on this vital subject of research.

To get involved, please contact our coordinator, Adam Arenson, assistant professor of history at the University of Texas at El Paso. Please share your ideas, your knowledge of work in progress, syllabi, bibliographies, and more. And watch this space for further information about the fascinating stories of the Civil War in the trans-Mississippi West.

I have had a chance to rearrange the website.

The list of artworks commissioned by Home Savings of America for its bank branches — murals, mosaics, sculpture and more — plus other work by Millard Sheets and his studiomates has been updated here.

Please keep up the efforts!

Happy 2010! So far, January has proved to be a month of intense interest in Millard Sheets — art museums, city historic-preservation offices, and enthusiastic fans of Sheets’s style have been contacting me constantly. Glad for the attention to the website, and to Sheets’s work!

Elsewhere I will update the list of known Sheets public artwork; here I want to think about Sheets’s legacy.

Valley  reader K sent along these photos of a stone-clad bank at 13949 Ventura Blvd, in Sherman Oaks. Built in 1989, it is a late Home Savings with frescoes of California history: 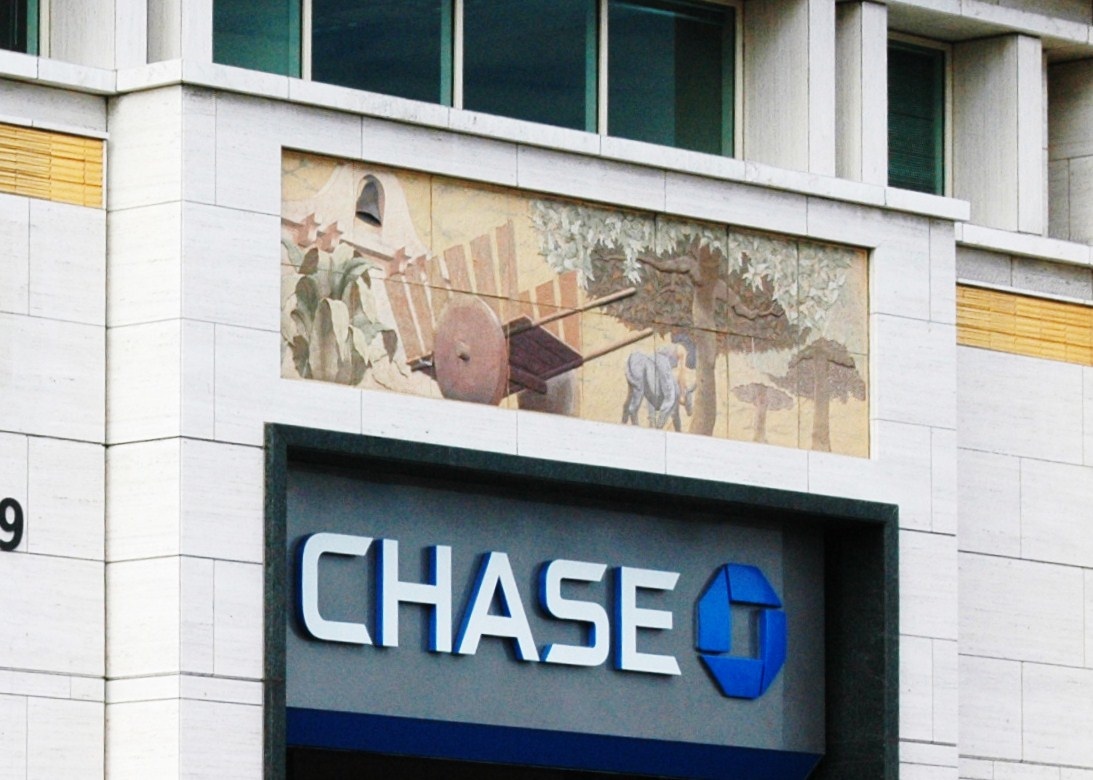 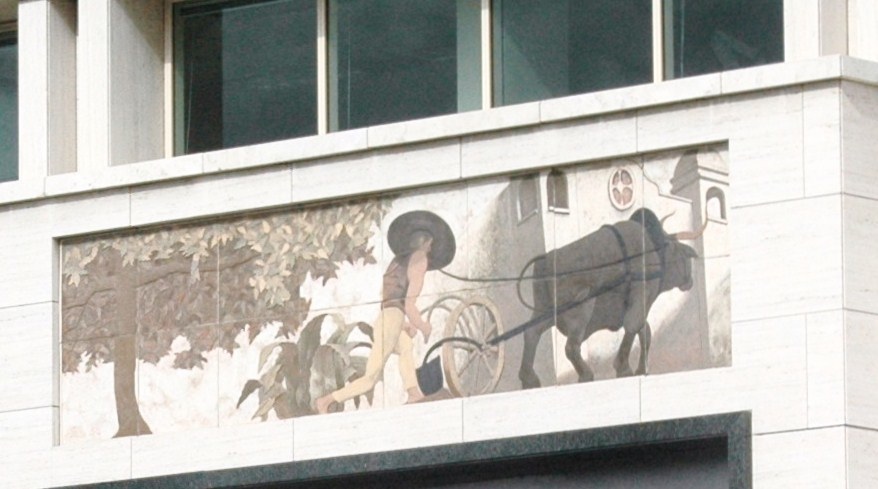 These images evoke the California Mission past — bells and vaguely Spanish, vaguely ecclesiastical architecture — with male figures engaged in plowing and (perhaps) seeding among the trees, old wooden instruments intended to heighten the sense of nineteenth-century nostalgia.

Many of Sheets’s works seem a bit more historically grounded to the locale– a conquistador in full attire at a bank in San Diego, a Victorian woman with parasol in San Francisco– though some of the images of horsemen might fit the same imagined time.

Any thoughts from you, readers, on what legacies of Sheets these images display? Clearly, the bank saw the continuation of Old California images as part of its identity. But does the chosen image tell us anything specific about Sherman Oaks? (I guess those are oak trees, so there is a local connection.)

Please let me know what you see, and keep spreading the word!