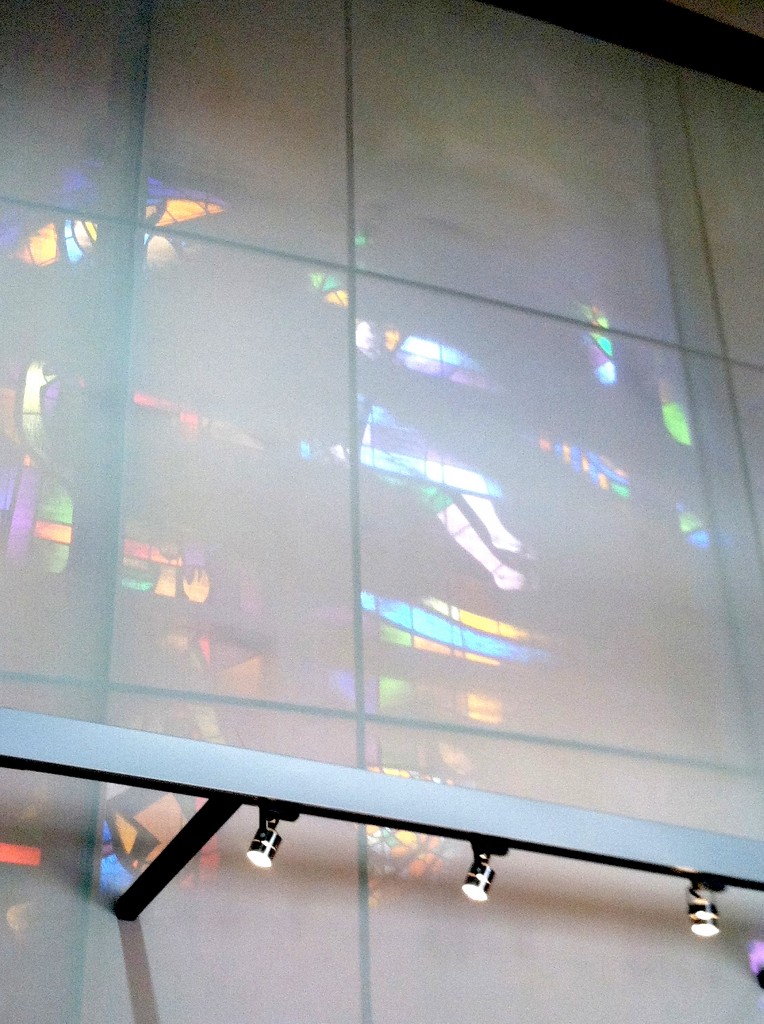 Sheets Studio and Wallis Studio, stained glass, 1970; as covered by a translucent screen, 2012

As promised, I am back this week with another case of Sheets Studio work covered to protect it. The Burbank zoo mural is supposedly encased for its protection, and the Long Beach Home Savings mosaic is painted over, so still there but hiding. Now the treatment comes to stained glass, at the Santa Monica Wilshire location.

Now, windows are for light, so a walled-in solution would not work well (and would have to be applied on two sides, which would get messy). But what if the new business does not think a joyous Sue Hertel / John Wallis creation, described in the Sheets Papers as “a continuation of the theme…pleasures of swimming, beach games, figrues with animals, all designed to to give a kaleidoscope of beach activity,” will fit the mood of the stores, or seem dated?

The translucent screen seems like an intriguing idea, bringing in that multicolored light while hiding (but not damaging) the stained glass behind it.

But, to me, it just begs for the viewer to peek back there and say what are they hiding, anyway? It just sends more people to the parking lot, to consider it from behind.

Come back next week for the last post of the year — another case of Sheets Studio Home Savings artwork re-imagined for a new owner.