As I mentioned last week, the Sheets Studio granite supplier, Carnevale & Lohr, has played a key role in the preservation and restoration of Home Savings mosaic art — first at this site, in Rolling Hills / Rancho Palos Verdes, and then in the re-installation of the Beverly Wilshire mosaic.

Opened on May 8, 1974, this branch holds art in three forms: the mosaic, credited to Millard Sheets on the wall and Nancy Colbath, Denis O’Connor, and Sue Hertel in the files; John Edward Svenson‘s leaping dolphins, forged in Oslo; and the stained glass, inside, a collaboration between Hertel and John Wallis Stained Glass. 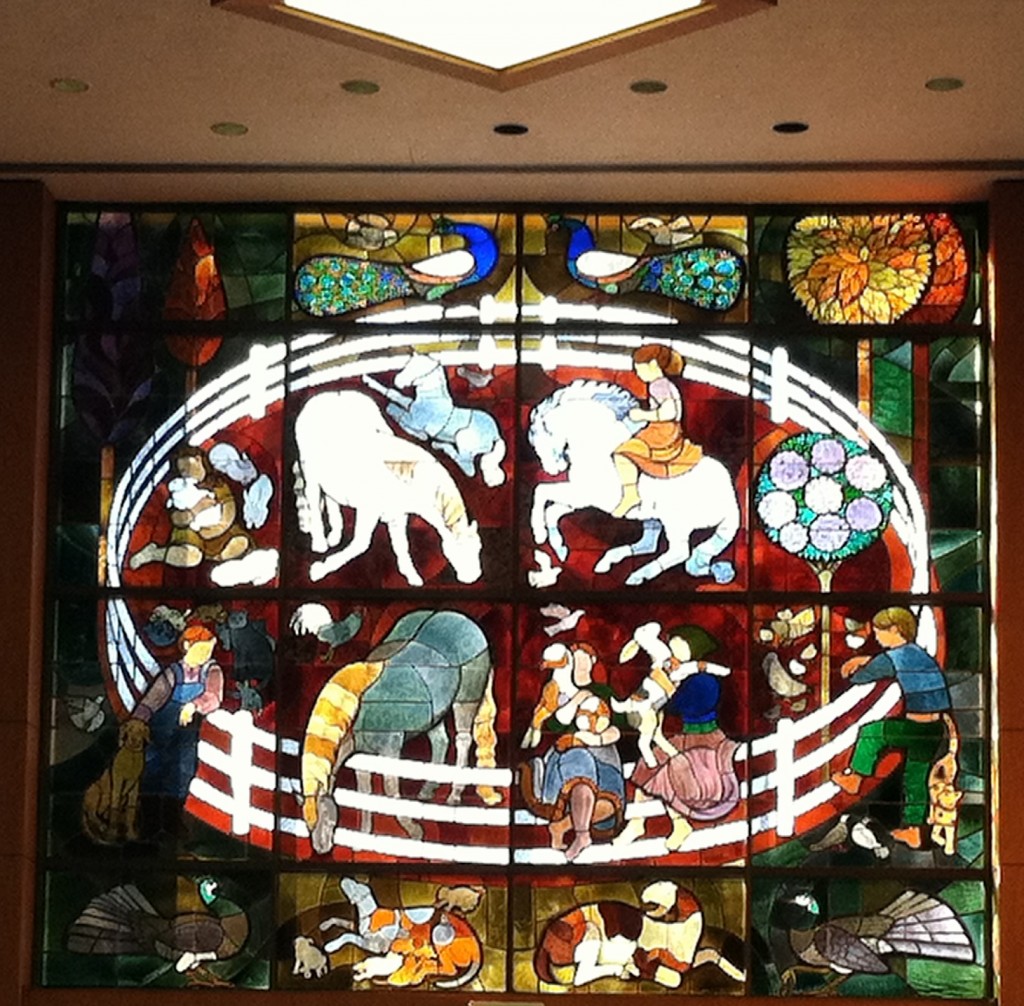 The result, I think, is one of the most beautiful branches, just down the hill from the stunning views of ocean and shore that crown Rancho Palos Verdes. The size and complexity of the work leads to a large file in the archives, but the effect is simple–an improvement on existing Home Savings forms. I was particularly struck by the stained glass, as I think I had never seen it, whereas the leaping dolphins make the front of the branch quite iconic.

The innovations in the forms–new background material; combining sculpture imaginatively with the mosaic wall of sea foam; and the use of a more naturalistic color palette with a traditional set of children and domestic animals–suggests subtle adjustments to traditional Sheets Studio-Home Savings artwork, the kind of tinkering made possible by artists secure in what was expected of their work but trying not to be bored.

The surprise of the stained glass is another reminder how, like so much excellent architecture, even the repetition of form and style can hold surprises in a new context.