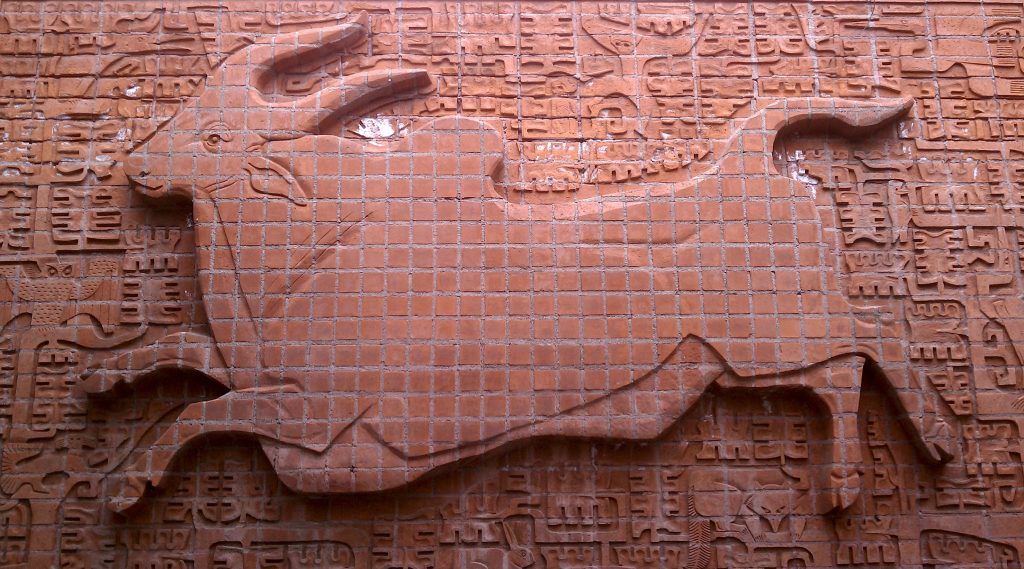 The timing of the LA County Fair is either brilliant or insane.

A county fair is an icon of summer fun (away from the coasts), and the largest in the world is in Los Angeles — and it is held in September, when school is back in session and Halloween has taken over the store promotions. This either is a perfect extension of summer (and often the hottest days of the year here) or a crazy strategy.

Either way, the LA County Fair is intimately tied to the work of Millard Sheets, and his circle of artists and friends in the Pomona Valley. Sheets won the first art competition at the fair, in 1922, at age (corrected) 15, in the year the Fair opened, and by 1924 he was assisting Theodore Modra in organizing the fair’s art exhibit.

In 1931, after Modra died, Sheets was named Superintendent of the Art Department, and he guided the design and selection for the art exhibits at the Fair through 1957, including the 1954 Arts of Daily Living exhibit, which received national coverage and a visit from Frank Lloyd Wright as a celebration of the innovative modern way of decorating, including the artwork of John Edward Svenson, Harrison McIntosh, Jean and Arthur Ames, Sam Maloof, Betty Davenport Ford, Albert Stewart, Rupert Deese, Phil Dike, and others. Many from this circle (or their students at Scripps or the Claremont Graduate School) created the art for the Home Savings banks and other Sheets Studio commissions in the decades that followed.

In 1994, the Fine Arts Building at the Fair was renamed as the Millard Sheets Gallery (now the Millard Sheets Center for the Arts at the LA County Fairplex, to be exact). Since 2007, Millard’s youngest son, Tony Sheets, has been directing the gallery and creating wonderful annual exhibits ever since.

This year, the exhibit celebrates “Art and Fair: A 90 Year Celebration,” and includes a look at the Fair’s origins, its architecture and design elements, iconic past exhibits, and a section on “The Work of Millard Sheets: Bringing World Famous Art to the Community.”

On Thursday, September 13, Tony Sheets will speak about the exhibit at a luncheon at Scripps College’s Malott Commons Hampton Room, organized by the Scripps College Fine Arts Foundation. Sounds like a wonderful opportunity — alas, I will be teaching that day in El Paso — but I recommend you grab a seat by contacting Marci Stewart at 909-985-8092.

The Fair runs August 31 to September 30, Wednesday to Sunday. Perhaps I will see you there!