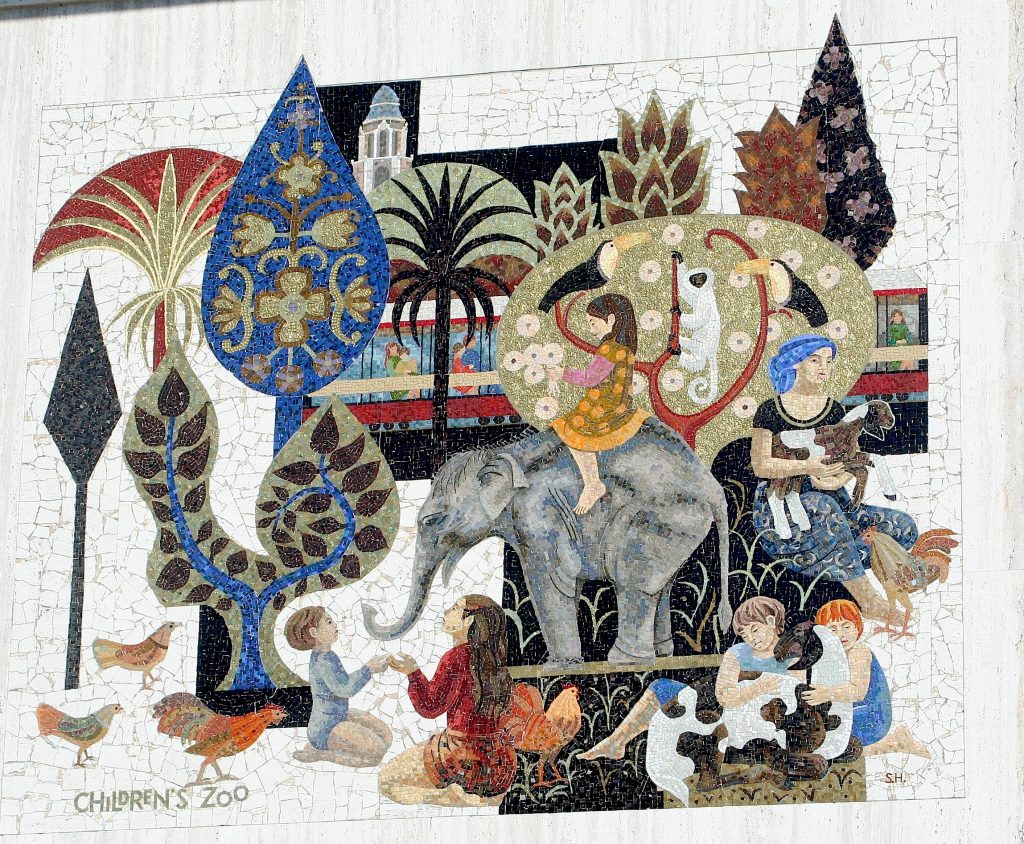 I know I have posted these mosaics before, in regard to dating and process… but classes have begun at UTEP this week. So, while I have some longer posts in the works and research questions out there, I just wanted to revisit another “home” branch for me, in San Diego — as I look forward to being there Labor Day weekend and checking on the status of the mosaics, sculpture, and paintings.

These families look a bit solemn for the fun they should be having, but they are clearly enjoying timeless San Diego pastimes, from the animals at the San Diego Zoo petting paddock to the sights of California Tower, and an old tram that looks a lot like the current San Diego trolley system in its red trim. (No more elephant rides at the zoo — they stopped those decades ago — but I think the LA County Fair might offer that along with the Sheets Center for the Arts mentioned last week.) 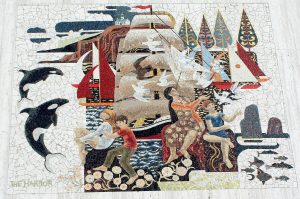 Here, sailboats in the harbor compete with gulls diving after bread crumbs, the orcas of Sea World frolic on the left while fish and other creatures hang out in the tidepools at the right. Up the middle, the lighthouse of Cabrillo National Monument and the “world’s oldest active sailing ship,” the Star of India, highlight the centuries of European exploration and presence in the land of the Kumeyaay, but they wear their history lightly–the way I often found it, growing up in town, and the way many Home Savings art depicts it–just enough to make the local feel the bank belongs here, celebrating your home.

More from San Diego and beyond in the weeks ahead — for now, grasp the last summer you can! The Star of India even has visitors this weekend for the Festival of Sail.