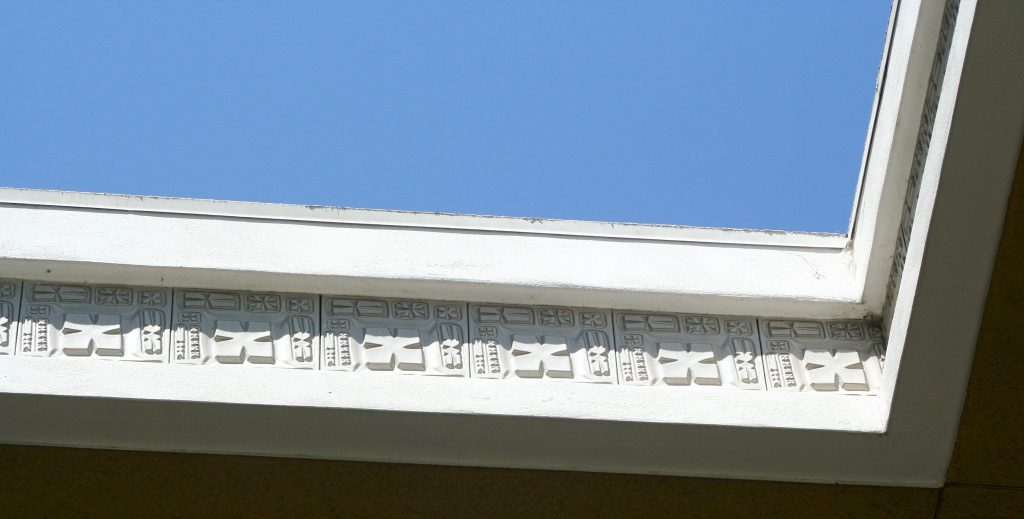 Pacific Standard Time is a juggernaut: over 60 exhibits in five Southern California counties, documenting and explaining — in many cases, for the first time — the role of the L.A. art scene on the world stage. The Getty has provided the bold vision (and the financing!) to create this massive multi-exhibit conversation, and the Performance and Public Art festival section of the shows, running from January 19 to 29, will only add to the marvel (and overwhelmingness) of it all.

First, disclaimers: I know I am letting the myopia of my Home Savings project drive this post. I know that Sheets was already a nationally known artist before 1945. And I will get to the three Pacific Standard Time shows that include Sheets below.

But if the Pacific Standard Time exhibits would have commissioned an art-world treaty painting like the one showing Paris ceding to New York, Millard Sheets would have clearly been a face in the crowd, given not only his prominence among the California watercolor painters but his role as Director of Fine Arts at the LA County Fair 1930-1955, teaching at Scripps College 1931-1954, director of the Otis Art Institute after 1953, and his role advising Howard Ahmanson as he shepherded the Los Angeles County Museum of Art into being, and Sheets’s later role in curating the Virginia Steele Scott Foundation collections, now a permanent part of the Huntington collections. Perhaps Sheets’s influence is too large and too disparate to measure easily.

As this blog and the associated research project suggest, Sheets’s most important art contribution to LA after 1945 was the art and architecture of the Home Savings banks. Sheets managed a studio full of artists and architects to turn initial sketches and an open-ended offer from Howard Ahmanson into landmarks of the local community, telling history and celebrating family life through very traditional art forms: mosaic; conventional figurative paintings; stained glass; sculpture. In no way avant-garde, done for a commercial patron to advertise their business, it is easy to understand why the Pacific Standard Time exhibits (and other standard art-history studies) have missed the importance of these Home Savings works for the landscape of postwar southern California (and beyond). 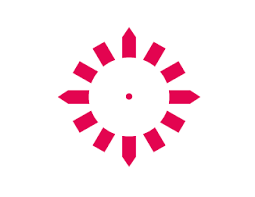 But — there are elements of this story in four of the Pacific Standard Time exhibits. In order of increasing relevance, I give you:

4) California Design, 1930-1965: “Living in a Modern Way” at LACMA. This is the marquee decorative-arts and design exhibit for Pacific Standard Time, and it delivers — everything from an Airstream trailer to the reconstruction of Charles and Ray Eames’s living room in the gallery. There are the perfect exemplars that match the white-walled modernist setting — for example, a Japanese-style screen painted by Millard Sheets — but also lots of helpful contextual information on the source of inspirations, the choice of design media, the marketing and distribution of these products, often intended for the home or daily use. Items from Sheets’ influential 1954 Arts of Daily Living show are echoed here as well.

3) Common Ground: Ceramics in Southern California, 1945-1975 at the American Museum of Ceramic Art (AMOCA). This show uses Millard Sheets as an organizing principle–ceramicists with a “direct connection” to Sheets and “his dynamic personality, inspirational teaching, and business savvy” are included. The AMOCA’s new space has a spectacular Sheets and Hertel mural along one wall, and one part of the exhibit puts ceramic tiles used by the Sheets Studio (like those above) into their original context, in an artist-in-industry program Millard Sheets established with Franciscan Ceramics, including the work of Dora De Larios, and which led him to do some large-scale ceramic-tile mosaics with Interpace. And its exhibit book has the most up-to-date scholarship on Millard Sheets’ role as interface between business and industry, with essays by Hal Nelson and others that will be a spectacular resource for me.

Dora De Larios’ work was also included in the Autry’s Pacific Standard Time exhibit, part of the L.A. Xicano subset of PST. Race and memory, nostalgia and the growing multiculturalism of postwar southern California is key to how I situate the Home Savings artwork, so I found

2) Sandra De La Loza’s Mural Remix installations at LACMA very powerful. I particularly like the video installation where naked men and women paint the murals onto themselves (through some green-screen magic), demonstrating some of the ways in which the murals become a part of us — something that I think is true of the Home Savings work as well. The more standard video documentary — catching up with Judy Baca and other 1970s Chicano muralists in LA — has lots of great info as well. There is also an affiliated tour with Sandra on Saturday January 21.

1) The House That Sam Built: Sam Maloof and Art in the Pomona Valley, 1945–1985 at the Huntington Library. If I have to pick a #1 exhibit for understanding the Home Savings artwork and the Sheets Studio work, this is it. The LACMA has the Eames’ living room, but this exhibit, curated by Hal Nelson, feels like Sheets’s living room, with a collection of his POmona Valley colleagues from Sam Maloof to enamelists Arthur and Jean Ames to sculptors Betty Davenport Ford, John Edward Svenson, and Albert Stewart, Sheets’s constant collaborator, painter Sue Hertel, represented with work in their own style, but with hints at how Millard Sheets also used some of their talents in Home Savings buildings as well.