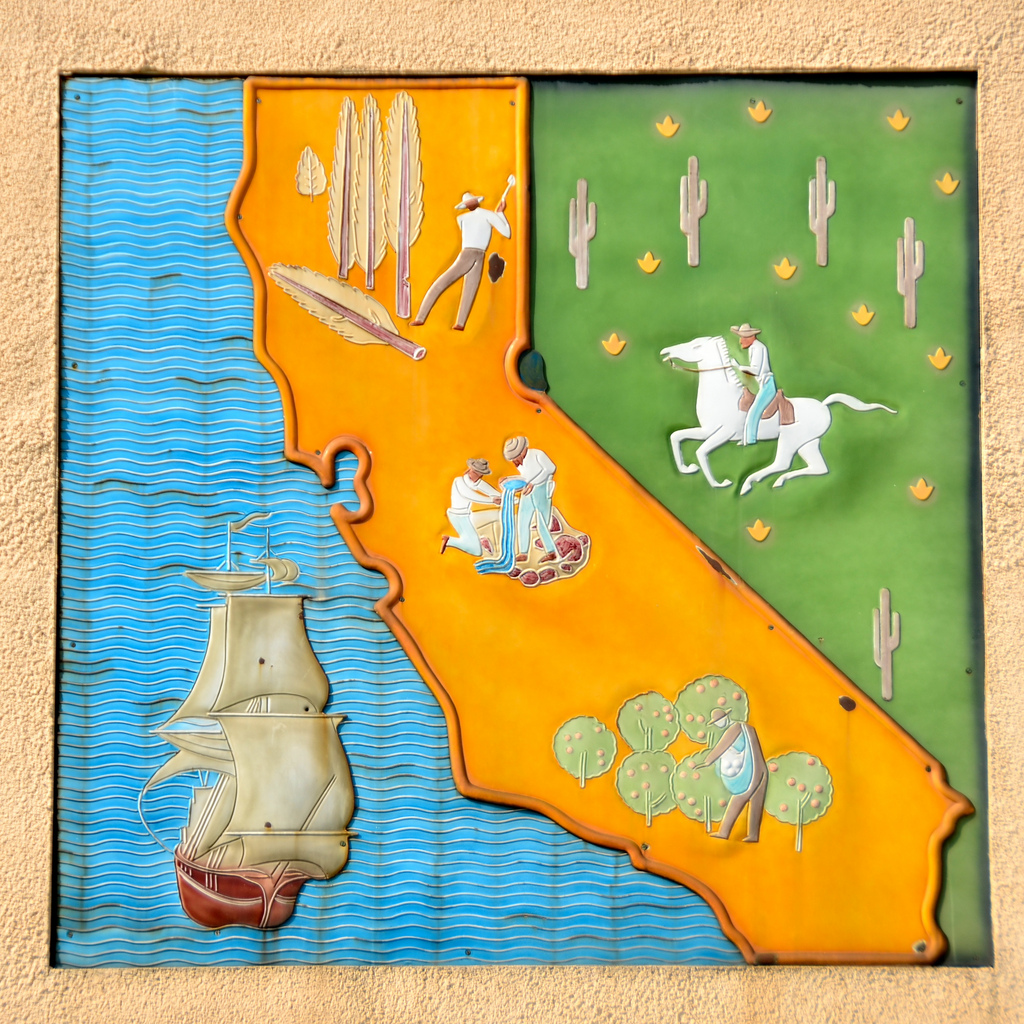 This week’s image comes from a fantastic new Flickr photostream by Richard Yaussi. In recent days I have been in touch with more Studio workers, social-media groups for former Home Savings employees, and individuals from all walks of life with more information to add to this research (and corrections for the list, which will soon get a makeover). I was even interviewed by a blog post about the San Jose Willow Glen Home Savings branch, and got an interview with a former branch employee in return, who helped save the interior murals when Washington Mutual wanted to paint them over.

I am thankful to continue to find such enthusiastic fans of this art and architecture, and my research on its place of Home Savings within the urban context of its communities!

This is Richard’s recent image of Mark Keppel High School in Alhambra, where enamel mosaics that Millard Sheets designed both echo some of the Home Savings work in their subject but differ dramatically in their style. (More on these panels, with photographs of all three, on the Alhambra Preservation Group site.)

These differences run through many of the early Sheets projects — some, like the 1954 centennial lithographs for American Trust Company (which was accompanied by an Ansel Adams book as well), seem to share the motifs and style of the later Home Savings bank work to a great extent, while others, like the Bullock’s Men Store mural reproduced in one of Sheets’s early art-show catalogs, seems radically different.

I recently found one of Millard’s résumés from 1963, when many of these early projects were still listed. Public, non-church buildings to be added to the “definitive” master list (and, in many cases, to be researched further) are:

And of course information about these sites is much appreciated!

Your faithful historian/researcher/blogger will away for Passover, so the blog will not get a new post until around April 20.