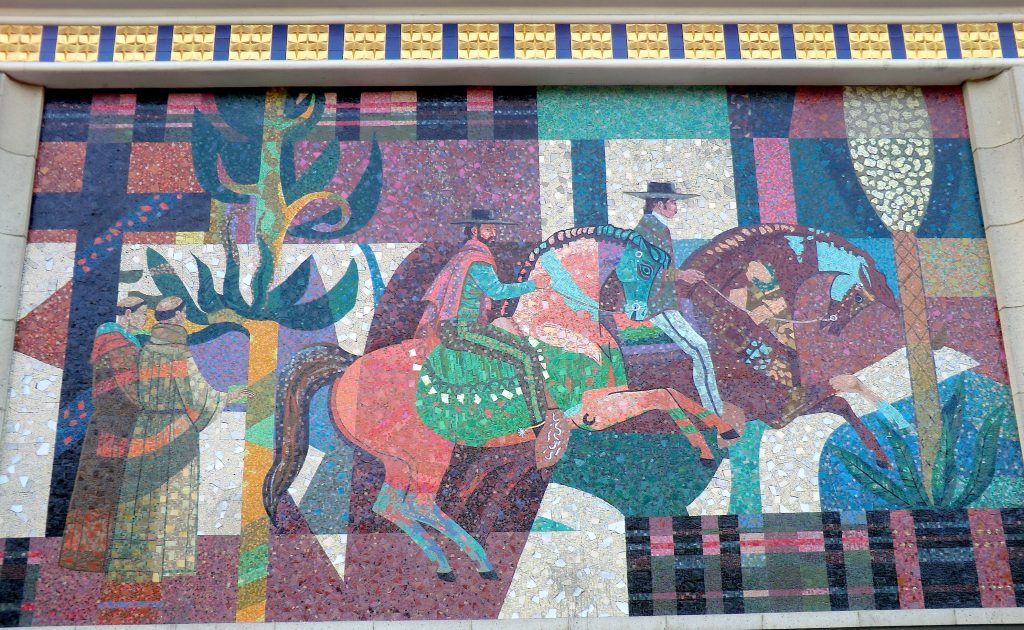 As I mentioned last week, memories of my “home branch” in La Mesa are what motivated me to start this project. And I thought that all of the Home Savings branches held historic images, like this, showing the California past.

Well, last week’s whales, on the same branch, could have been my first clue that the larger study would do in a different direction. But I was still convinced that each branch received its own community-appropriate images, reflecting the specifics of local history and the local community.

Then I found these exact horsemen in the Lombard branch mural in San Francisco, and I could see how, when there were a lot of commissions due, the Sheets Studio could cut a few corners by duplicating the design. 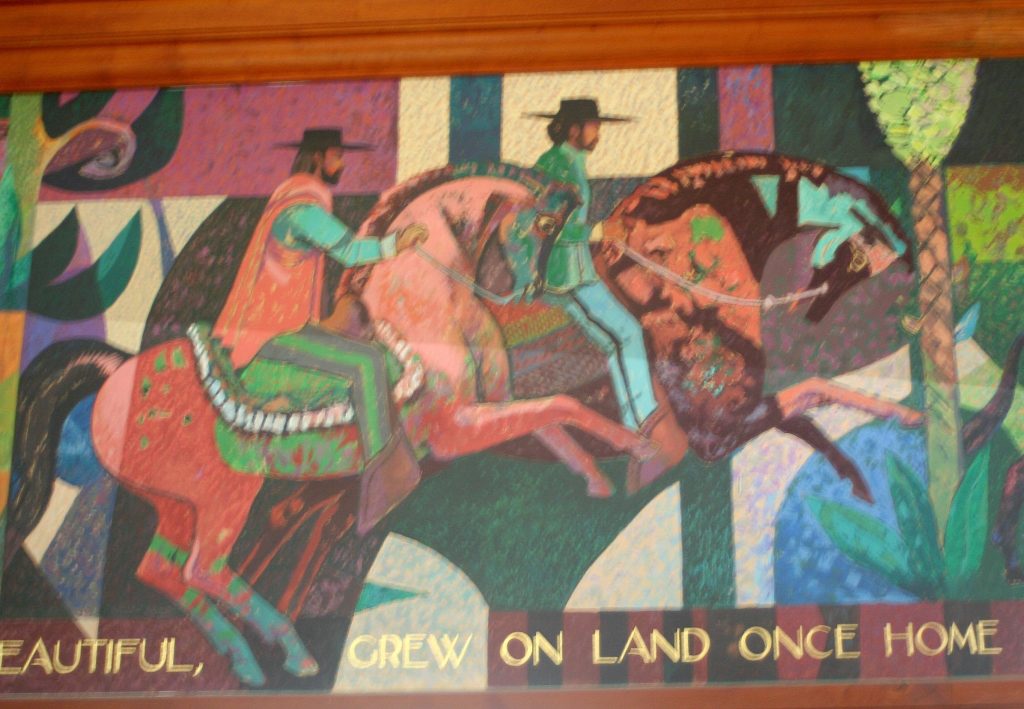 Now, I still like the design, and I think that a portrayal of Californio horsemen (whatever the exact reference — the history throughout, I have learned, profits from vague referents) can fit for both locales and stories, showing the Spanish settlement of California.

The Lombard branch has a tremendous amount of art — a wraparound mural; stained glass; and a sophisticated look at the waterfront and how different cultures have used the San Francisco Bay — artwork intended for another branch in the area and moved to the Lombard exterior at the last minute.

Style is built of repeated elements (media, colors, topics), of course, and Home Savings sought a narrow enough range to make the banks instantly identifiable. And before the Internet age it was unlikely that viewers would have both of these images together. 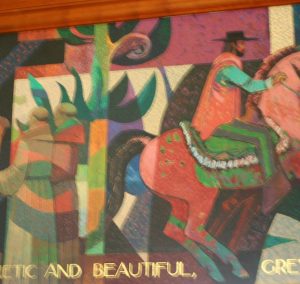 But this is the most blatant repeat I have found; not just themes (as this shares with Laurel Canyon, for example) but the same figures, down to the colors of the saddles. The Franciscan friars (and the trees, front and back! and the background squares!) are there in both, too, marking how the missions opened up the possibility of ranching and other agricultural settlement among (or in place of) the Native Americans of the region.

In San Francisco, they have just been reversed –not a difficult process for the studio, when you consider that the mosaics are built on the image, enlarged and reversed. Their cowls and gestures — and the tree’s branches and colors, on both sides of the horsemen — are subject to the same doubling, almost identical to La Mesa. (If my photographs weren’t a bit blurry, who knows what other details might jump out.)

Are you aware of other exact copies, either of these figures or other Sheets Studio motifs? I will seek them out, as I continue my survey of the locations.