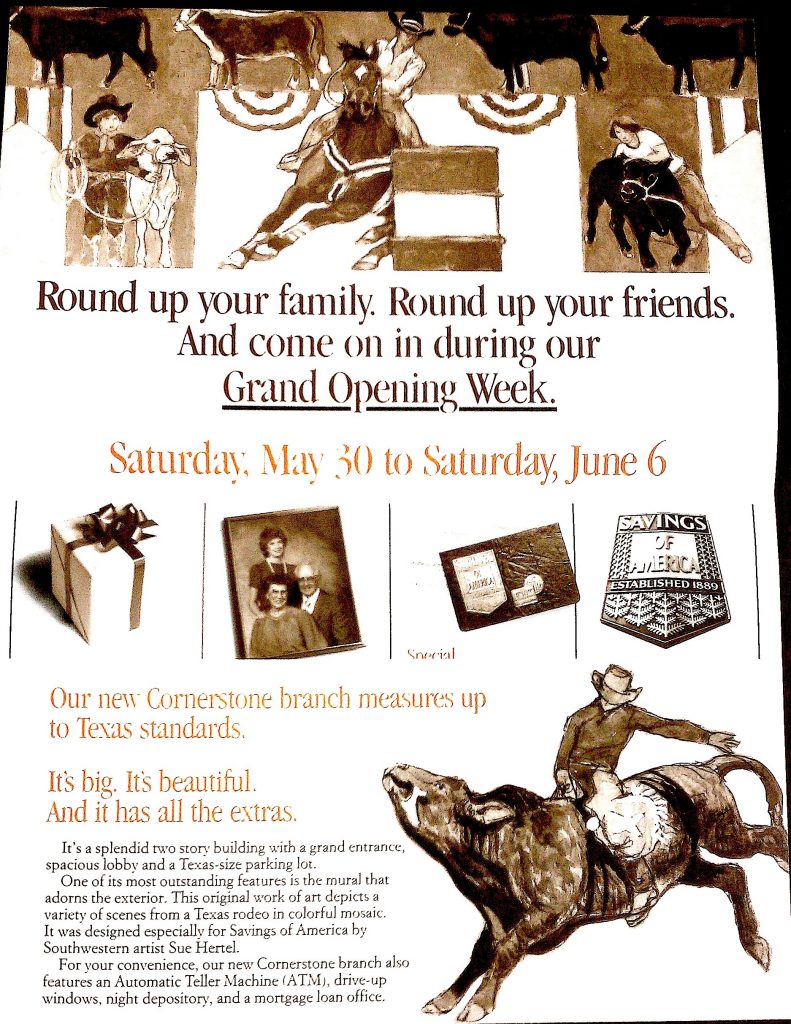 Come on down for the Texas-size grand opening! “Savings of America” (one of the national names used, because Home Savings of America was taken in Texas) invites you to see the new artwork by “Southwestern artist Sue Hertel”! We are only twenty-two and a half years late — are we still eligible to win the Polaroid Sun 600 camera? 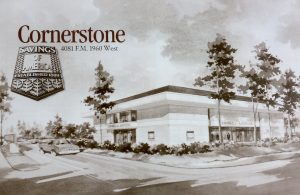 Front of the promotional mailer, 1987

In these weeks when I am not commuting to Texas, I do find Texas popping up all over, including in the announcements for the Cornerstone branch, somewhere in the vast landscape of Houston.

As you can see, these later banks (in Texas, Florida, Illinois, and elsewhere) attempted to provide for the local community the sense of celebration and, at times. history that the original California branches did. Sue Hertel was living in Cerrillos, New Mexico, at this point, sending artwork back to Denis O’Connor in Claremont, so southwestern is probably an appropriate moniker as well. 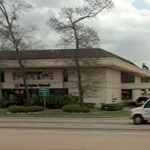 This bank is still standing — take a look at the Google Streetscape image — and the expansion of Home Savings to Texas actually returned Sue and Denis to the state where some of the most magnificent early work of the Millard Sheets Studio, in the Mercantile National Bank of Dallas. A group of local preservationists and businessmen saved those images, finding a six-figure donation to pay for taking out the mosaics. You can read a bit about it here, but that will be a Texas-size effort to discuss another time.