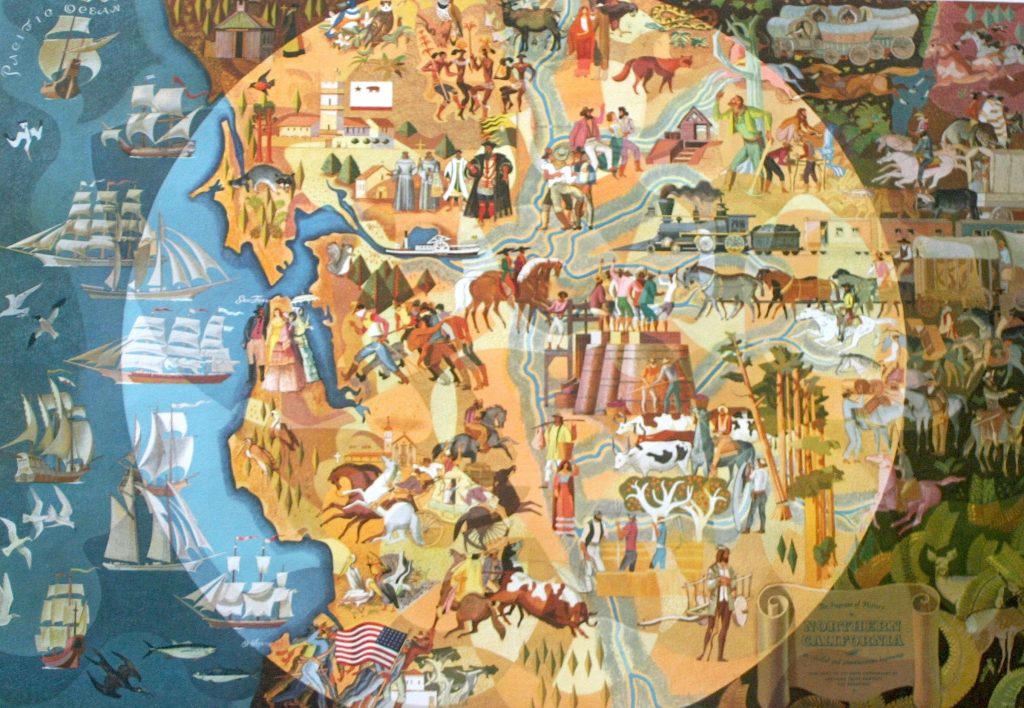 Millard Sheets, The Pageant of History in Northern California, for American Trust Company of San Francisco, 1954

In historical research, the most important sources often come to you incomplete.

So it seems with these remarkable images, done as a lithograph to celebrate the centennial of the American Trust Company, which was founded in 1854 as the San Francisco Accumulating Fund Association by Ephraim Willard Burr, who went on to be mayor of San Francisco. The company, which once owned a lot of northern California land, merged into Wells Fargo in 1960. The company president, James K. Lochead, was proud to introduce them as commissions from Millard Sheets, “himself a Californian.”

I first saw these prints at the UCLA Special Collections, and then I was fortunate to find copies for sale from Alan Wofsy Fine Arts; Alan also has the 4-page brochure where Sheets explained the images in detail (six paragraphs per image, like a long version of what the Van Ness branch has) and concludes this was where “the past becomes legend and the present, soon to be legend, begins.”

The images tell the history of the greater San Francisco Bay area, and they are a remarkable preview of what will appear in Home Savings images later: vaqueros and missions; wagon trains and railroads; women at the beach and sailboats out at sea; eagles and skunks and deer and lots of cows and horses. There are also other historical scenes that do not appear later: Fort Ross; the takeover of Monterey and the establishment of the Bear Flag Republic; the Ferry Building; the UC Berkeley Campanile; the Capitol building; large airplanes crossing the bay and grain elevators on the landscape. The farm equipment and industrial agriculture buildings likely reflected some of American Trust’s customers; the proliferation of American and Californian flags makes one wonder why these did not play a larger role in the later Home Savings works.

The American Trust and Savings branch at 10th and L in Sacramento once had three painted panels by Sheets — were these of the same them, or different? And who created the design for these works, and how did they relate to the Home Savings commission, the same year, which moved from a general and abstract history of finance and California life to the kind of specific history you see here?

I have tried the Sheets Archives without much information, and the Wells Fargo history center without getting a response; ideas and tips welcomed! I do think these remarkable prints hold a key window into the choice of historical scenes for the Home Savings buildings. 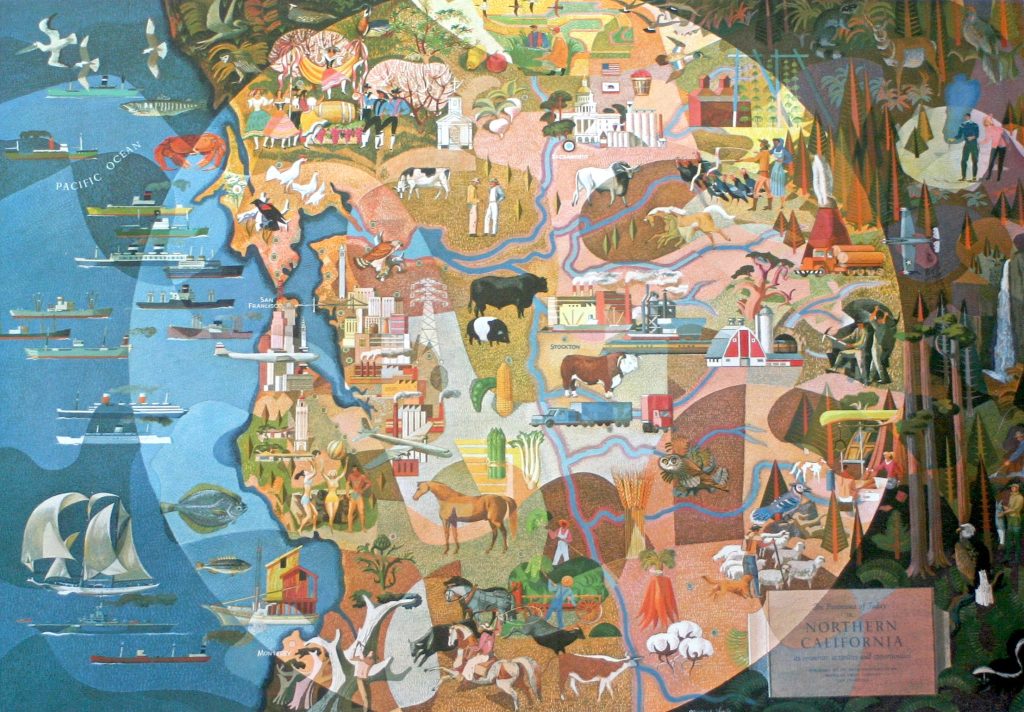 Millard Sheets, The Panorama of Today in Northern California, for American Trust Company of San Francisco, 1954