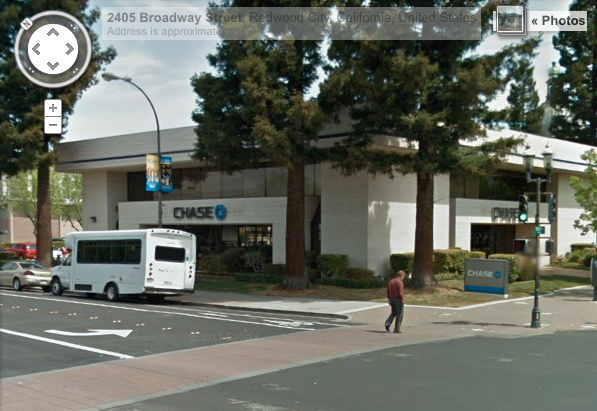 The responses to the “definitive list” have been great! I know the spreadsheet section is a bit hard to read, but the interactivity of the map provides a nice perspective on the scope of the project. I will integrate corrections, updates, and even clean up the map data in the weeks ahead. I even had a chance to see a 1992 Home Savings directory, so I can get a lot of the missing addresses.

But the addresses and the maps can’t do everything — and neither can the archives. As I may have mentioned, the Millard Sheets Papers and the Denis O’Connor Collection are spectacular resources for the workings of the studio, the names of those artists involved with each project, the costs and the timeline. But the paper record often peters out, and it can be unclear whether the project was suspended, canceled, finished by someone else, or simply completed without incident.

Google StreetView can provide some knowledge about what is there on the outside now, and historic photographs, when available, provide great evidence of what was there. But often all we have is memories about what was there — and so I ask again for your help with those memories.

The Redwood City branch provides a case in point. I visited Redwood City in the spring, on a swing through the Peninsula branches (more for the website, one of these days).  Update: This seems to have been a Guaranty Savings and Loan, a northern California bank chain once controlled by Howard Ahmanson, until 1958. It seems to have had a Sheets painted mural over the teller windows. I asked a manager about it, and he said it had been painted over — seemingly another case, like the West Portal mural, of Sheets Studio artwork being lost.

But — in the archives there is a discussion of a “Redwood City” branch at 650 Santa Cruz Avenue in Menlo Park, and an order for two pumas from sculptor Betty Davenport Ford. I visited that location, and didn’t see evidence of those pumas either — but it is possible they, too, were never installed. 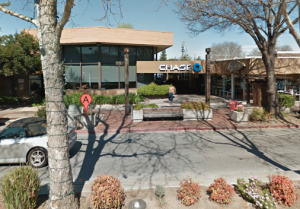 So, do Redwood City and Menlo Park have two cases of missing Sheets Studio art, or (as I suspect) was there never a mural there to paint over? Only those of you who have lived near this branch and banked there before 1998 can let me know for sure. The archives and the current visits can only get us so far.